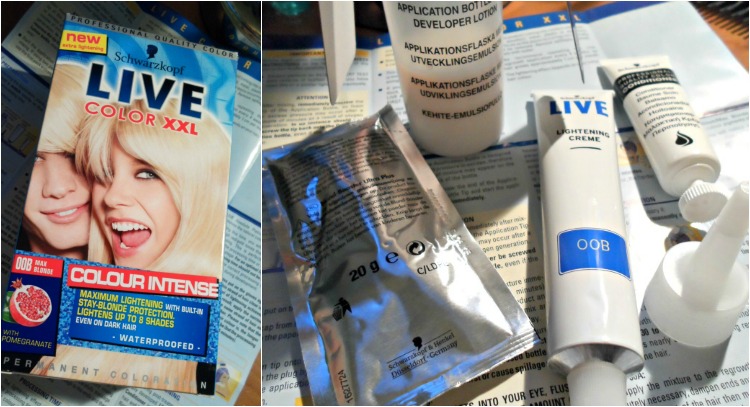 I hope you’re all good! :) Today I have another Ombre hair post for you. This is my third, which I know may seem like a bit much, but it’s my third time, and it’s a different dye, so I thought I would share it with you.

If you want to see my previous Ombre posts, the first is here, and then the second (which is actually one of my most popular posts) is here. I was so happy with the result after the second ombre, my hair was a nice length and I really loved how the L’Oreal Wild More kit has lightened my hair and blended so nicely.

After a couple of months though, I started getting bored – not with the ombre, but with my hair length, it was at that stage where I either wanted it to be longer, or have it cut. When I visited my Mum in December, I decided to go for the chop (she’s a hairdresser) ... Because I just really wanted a change.

I knew the cut I wanted (a long, choppy bob) was going to mean that all of ombre got the chop and I wasn’t sure if I was going to re-do it or not.


Anyway, I had the cut and was really happy with it at first, but then I got fed up with it quickly and I wasn’t sure why, I thought about dying it all red for a while, but decided I wanted to go back to my ombre… My natural colour all over was just blah and looked so dull and had no texture or oomph to it.

So I purchased a Live Colour XXL box dye to try out, (This was in late March 2013 - I am behind on this post!) It’s the dye my Mum uses on my sister’s hair and she said it would definitely lighten my natural hair colour (I used 00B Max Blonde). I looked at pictures of ombre on my length of hair and decided I wanted to add a few random streaks in with the ombre too, this is called baylayage I believe. 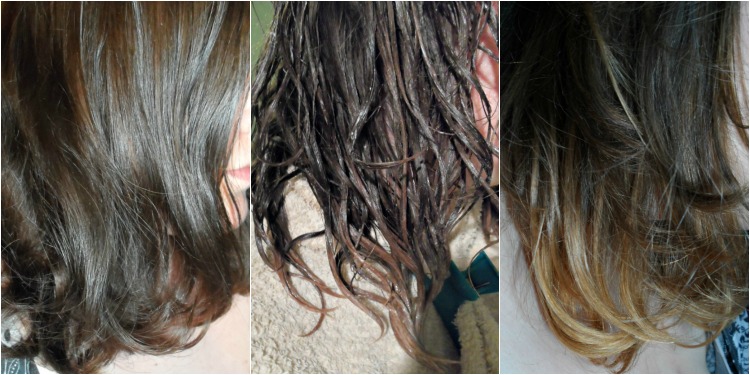 I was nervous about doing it on my own. The first two times were easier because my hair was longer and I could just put it in pigtails and work with it on either side. I went for it anyway, I used the same technique as I did with the L’Oreal dye, which was putting it on the ends to start, waiting ten minutes, then adding more further up my hair, and so on, until I got as far up the hair as I wanted to go, which was about three inches.

For the baylayage I just literally grabbed random strands of my hair and ran the dye through them. I was going to wrap them in foil, but I found I didn’t need to for a few thin streaks.

I left the dye for about 45 minutes total and this is the result. (Before and after) 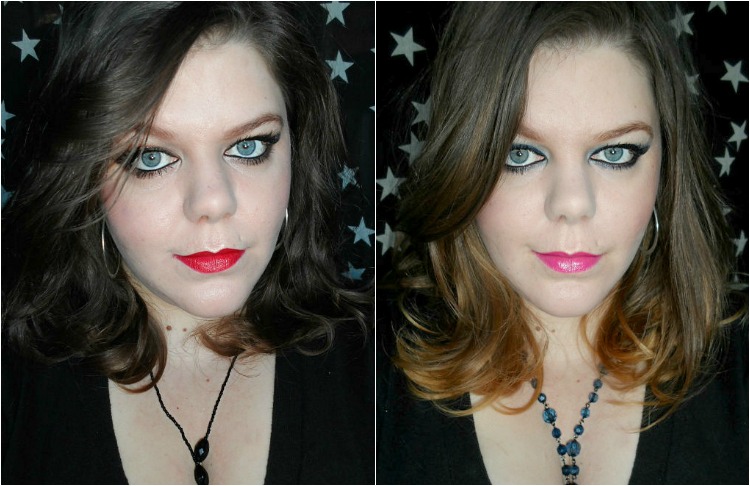 I’m so glad I did it, it really gave my hair the boost it needed and made me feel good about it again, and I still do. I just like how it breaks it up a bit and defines it a little, especially because my hair is naturally curly.

My hair has grown loads since Christmas and is quite a bit past my shoulders now. Here’s how it looks. 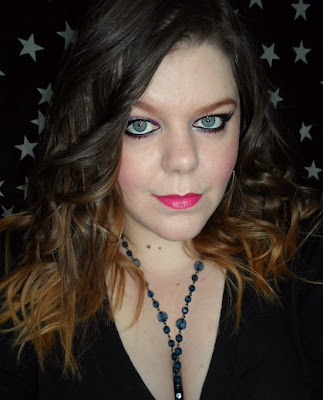 And that’s my third ombre experience. What do you think? Better without the ombre, or with? I know lots of people are getting fed up of this look now, and think it’s sooo last year or whatever, but for me it works. No root maintenance and it jazzes up my hair! If you follow my blog via Google Friend Connect (GFC), it's going to be gone soon. Please follow me on Bloglovin' to keep up to date with my posts.

The gold of the ombre really warms up your skin and gives you a nice glow.

I love the ombre, it really adds a pretty glow to your face and warms you up!

Wow!!! You look gorgeous with that hair color. I super love what you did with your hair. I find it so classy and sophisticated. Now I know how to make my hair like this. Thanks for sharing.

I love it! You are beautiful! I am going to try this on my hair now!

I think I like the ombre more. It makes you sweeter and brightens you up. 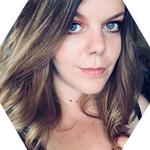 Hey! Thanks for visiting my little corner of the internet! I'm Sophie and this is my blog. You'll find all sorts here, from reviews to makeup looks, to fashion, to general life stuff! Have a gander, I hope you enjoy!